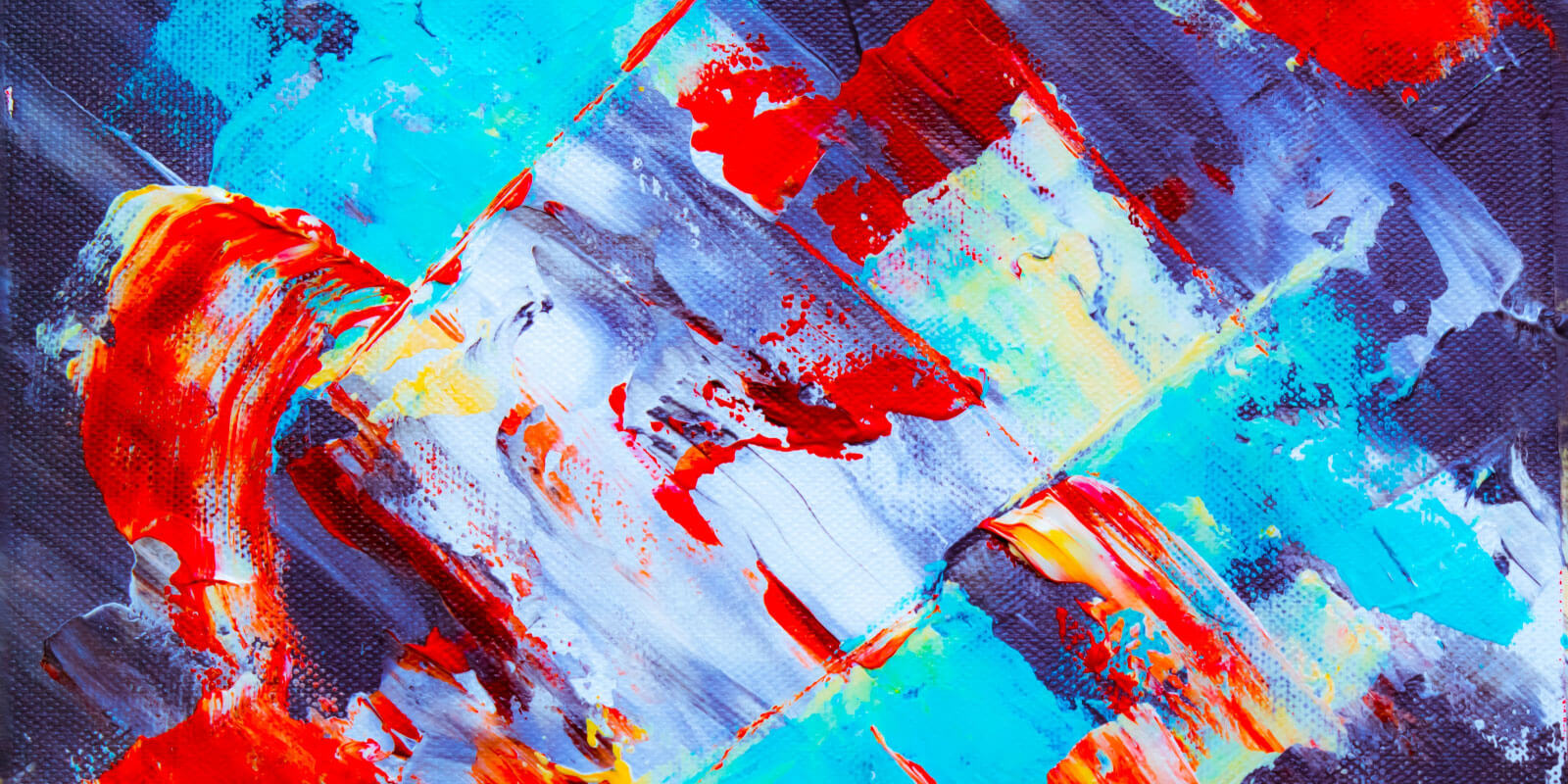 How to practise KarmaYoga?

Why & How to practise KarmaYoga?

To come out of bondage!

If we give up our attachment to this little universe of the senses, or of the mind, we shall be free immediately. The only way to come out of bondage is to go beyond the limitations of law, to go beyond causation. (Swami Vivekananda, Karma Yoga, Chapter 7)

To break bondages through KarmaYoga!

But it is a most difficult thing to give up the clinging to this universe; few ever attain to that. There are two ways to do that, mentioned in our books. One is called the ‘neti, neti’ (not this, not this), the other is called the ‘iti’ (this); the former is the negative, and the latter is the positive way. The negative way is the most difficult. It is only possible to the men of the very highest, exceptional minds and gigantic wills who simply stand up and say, “No, I will not have this,” and the mind and body obey their will, and they come out successful. But such people are very rare. The vast majority of mankind choose the positive way, the way through the world, making use of all the bondages themselves to break those very bondages. This is also a kind of giving up; only it is done slowly and gradually, by knowing things, enjoying things and thus obtaining experience, and knowing the nature of things until the mind lets them all go at last and becomes unattached. The former way of obtaining non-attachment is by reasoning, and the latter way is through work and experience. The first is the path of Jnana-Yoga, and is characterised by the refusal to do any work; the second is that of Karma-Yoga, in which there is no cessation from work. Every one must work in the universe. Only those who are perfectly satisfied with the Self, whose desires do not go beyond the Self, whose mind never strays out of the Self, to whom the Self is all in all, only those do not work. The rest must work.” (Swami Vivekananda, Karma Yoga, Chapter 7)

By Self-Abnegation through Nishkam Karma!

Karma-Yoga, …, is a system of ethics and religion intended to attain freedom through unselfishness, and by good works. The Karma-Yogi need not believe in any doctrine whatever. He may not believe even in God, may not ask what his soul is, nor think of any metaphysical speculation. He has got his own special aim of realising selflessness; and he has to work it out himself. Every moment of his life must be realisation because he has to solve by mere work, without the help of doctrine or theory, the very same problem to which the Jnani applies his reason and inspiration and the Bhakta his love. (Swami Vivekananda, Karma Yoga, Chapter 8)

So Karma-Yoga says, first destroy the tendency to project this tentacle of selfishness, and when you have the power of checking it, hold it in and do not allow the mind to get into the wave of selfishness. Then you may go out into the world and work as much as you can. Mix everywhere; go where you please; you will never be contaminated with evil. There is the lotus leaf in the water; the water cannot touch and adhere to it; so will you be in the world. This is called ‘Vairâgya,’ dispassion or non-attachment. I believe I have told you that without non-attachment there cannot be any kind of Yoga. Non-attachment is the basis of all the Yogas. A man may be on a throne and perfectly non-attached; another man may be in rags and still very much attached. First, we have to attain this state of non-attachment, and then to work incessantly. Karma-Yoga gives us the method that will help us in giving up all attachment, though it is indeed very hard. …(Swami Vivekananda, Karma Yoga, Chapter 7)

Throw the idea of duty overboard!

but those who want to be Karma-Yogis must throw this idea of duty overboard. There is no duty for you and me. Whatever you have to give to the world, do give by all means, but not as a duty. Do not take any thought of that. Be not compelled. Why should you be compelled? Everything that you do under compulsion goes to build up attachment. Why should you have any duty? Resign everything unto God. In this tremendous fiery furnace where the fire of duty scorches everybody, drink this cup of nectar and be happy. We are all simply working out His will, and have nothing to do with rewards and punishments. If you want the reward you must also have the punishment; the only way to get out of the punishment is to give up the reward. The only way of getting out of misery is by giving up the idea of happiness, because these two are linked to each other. On one side there is happiness, on the other there is misery. On one side there is life, on the other there is death. The only way to get beyond death is to give up the love of life. Life and death are the same thing, looked at from different points. So the idea of happiness without misery, or of life without death, is very good for school-boys and children; but the thinker sees that it is all a contradiction in terms and gives up both. Seek no praise, no reward, for anything you do. …(Swami Vivekananda, Karma Yoga, Chapter 7)

Give up all fruits of work!

Give up all fruits of work; do good for its own sake; then alone will come perfect non-attachment. The bonds of the heart will thus break, and we shall reap perfect freedom. This freedom is indeed the goal of Karma-Yoga. (Swami Vivekananda, Karma Yoga, Chapter 7)

Be unattached to work!

So the only way is to give up all the fruits of work, to be unattached to them. Know that this world is not we, nor are we this world; that we are really not the body; that we really do not work. We are the Self, eternally at rest and at peace. Why should we be bound by anything? It is very good to say that we should be perfectly nonattached, but what is the way to do it? Every good work we do without any ulterior motive, instead of forging a new chain, will break one of the links in the existing chains. Every good thought that we send to the world without thinking of any return, will be stored up there and break one link in the chain, and make us purer and purer, until we become the purest of mortals. Yet all this may seem to be rather quixotic and too philosophical, more theoretical than practical. I have read many arguments against the Bhagavad-Gita, and many have said that without motives you cannot work. They have never seen unselfish work except under the influence of fanaticism, and therefore they speak in that way. (Swami Vivekananda, Karma Yoga, Chapter 8)

Yet we must do good; the desire to do good is the highest motive power we have, if we know all the time that it is a privilege to help others. Do not stand on a high pedestal and take five cents in your hand and say, “Here, my poor man,” but be grateful that the poor man is there, so that by making a gift to him you are able to help yourself. It is not the receiver that is blessed, but it is the giver. (Swami Vivekananda, Karma Yoga, Chapter 5)

Do good and be good!

But Buddha is the only prophet who said, “I do not care to know your various theories about God. What is the use of discussing all the subtle doctrines about the soul? Do good and be good. And this will take you to freedom and to whatever truth there is.” (Swami Vivekananda, Karma Yoga, Chapter 8)

He (Buddha) was the first who dared to say, “Believe not because some old manuscripts are produced, believe not because it is your national belief, because you have been made to believe it from your childhood; but reason it all out, and after you have analysed it, then, if you find that it will do good to one and all believe it, live up to it, and help others to live up to it.” He works best who works without any motive, neither for money, nor for fame, nor for anything else; and when a man can do that, he will be a Buddha, and out of him will come the power to work in such a manner as will transform the world. This man represents the very highest ideal of Karma-Yoga.” (Swami Vivekananda, Karma Yoga, Chapter 8)